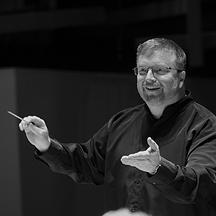 Dr. Vandewalker is the Coordinator of Music and Performing Arts (Emeritus) for the Fulton County Schools supporting the music education and music therapy faculty in 57 elementary schools, 19 middle schools, and 17 high schools who serve nearly 100,000 students in the Atlanta metropolitan district. Additionally, he is the founding artistic director and conductor of the professional ensemble, Cobb Chamber Winds, and the administrator, artistic director, and principal conductor of the Georgia Wind Symphony. Dr. Vandewalker earned degrees at Baylor University, Central Michigan University, and Boston University where he received the Doctor of Musical Arts degree in Music Education.

Dr. Vandewalker is a recipient of the Sudler Flag of Honor, nine-NBA Citation of Excellence Awards, three National Wind Band Honors Awards, is recognized in multiple editions of Who’s Who Among American Teachers, and is an elected member of the American Bandmasters Association. He has published numerous articles in professional journals, chapters in multiple volumes of the Teaching Music Through Performance in Band book series (GIA) and Rehearsing the High School Band (Hal Leonard), books including Boosters to the Rescue, and Strategic Plans for a Successful Booster Club (GIA), and Foundations for Wind Band Clarity- Arrangements for Concert Band, Foundations for Wind Band Clarity- Instructional DVD, and Everyday Stuff Every Director Needs to Know (Vision Publications). Additionally, Vandewalker is a nationally-renown staff development presenter with multiple clinician appearances for GMEA, Music for All Summer Symposium, Smith Walbridge Directors Institute, Texas Bandmasters Association, and the Midwest Clinic.

David and his wife, Pamela, reside in Marietta where she is Minister of Creativity and Worship Programming at Johnson Ferry Baptist Church with over 900 children actively involved in music making each week. 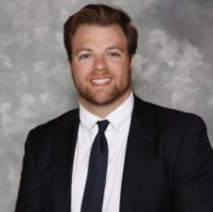 Blake Unger, a native of Atlanta, Georgia is in his third year as the Head Director of Bands at Peachtree Ridge High School. He is extremely excited to be a part of the supportive and active community of PRHS and Suwannee, GA. Formerly, Mr. Unger has held positions as the Head Director of Bands at Rock Canyon High School in Denver, CO and Assistant Director of Bands at Fossil Ridge High School in Fort Collins, CO and as a graduate conductor and staff member with the University of Georgia Bands. In 2016 Mr. Unger was named one of the “National Top 50 Directors that Make a Difference” by School Band and Orchestra Magazine. Mr. Unger received a Master of Music with Distinction in Wind Conducting from The University of Georgia with Dr. John Lynch and a Bachelor of Music Education with a concentration in Euphonium with David Zerkel.  He enjoys playing and continues to be an active performer and clinician.

At The Peachtree Ridge Bands Mr. Unger instructs and manages all aspects of a diverse music program which includes a Wind Ensemble, Symphonic band, Concert Band, a GMEA Competitive Marching Band, Percussion Ensemble, Jazz Band, and a multi ensemble Fall and Winter Guard program. His goals for the program in the coming years involve  giving students a well rounded musical experience, growth and expansion of program size, and teaching PRHS Bands students to achieve above and beyond expectation in their lives through a medium of music.

Mr. Unger resides in Duluth, GA with his fiancée Leah, an english teacher at Duluth HS, and their dog Jake. 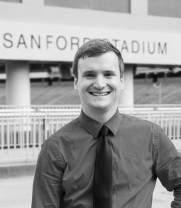 Ian LaBreck, Director of Bands, joined the St. Pius X faculty summer 2015 as assistant band director, and started serving as Director of Bands in the summer of 2019. Mr. LaBreck oversees all band activities at St. Pius.

Mr. LaBreck grew up in St. Marys, Georgia where he attended Camden County High School and later graduated from Douglas Anderson School of the Arts in Jacksonville, FL. Mr. LaBreck earned his Bachelor’s of Music in Music Education from the University of Georgia in May of 2015, where he studied trumpet with Dr. Brandon Craswell. While at UGA, he was a member of the Redcoat Marching Band where he was a Section Leader and later served as Band Captain. Also at UGA, Mr. LaBreck participated in a number of ensembles such as the UGA British Brass Band led by Mr. Phil Smith, Professor of Trumpet and previous principal trumpet of the New York Philharmonic Orchestra. Mr. LaBreck holds membership in Phi Mu Alpha Sinfonia National Men’s Music Fraternity, in which he was president of the Epsilon Lambda chapter at UGA.  Mr. LaBreck remains an avid Bulldog fan, and whenever he’s not at competitions or other band events he’ll be in Athens cheering on the Dawgs.

Kim Everett has served as the executive administrative manager for the Metropolitan Atlanta Youth Wind Ensemble since 2012. She is enjoying her recent retirement after 30 years of service as a senior project manager at Coca-Cola based in Atlanta.